Buying a new home is very exciting! Whether you are watching the progress over many months and then see the final product or buying a new to you home. It is a great time in life but can also cause stress and frustration, especially when the house starts to settle. How long does it take for a house to settle? Some people say 3 years, some say 10 but the truth is it never stops settling! Lets take a look at foundation settling, how long it takes, why it settles, signs that it may not be the foundation settling but actually a bigger issue.

What is Foundation Settling and How Long Does it Take

Foundation settling is the changes that take place naturally in the foundation over the years. It can happen with time but also weather can be an issue. A home naturally settles on its own and movement will happen.  It is normal for after the completion of the home for the house to have an initial settlement for a few years if it is evenly distributed across the home.

Weather and climate can affect the settling of the foundation

Weather can also be an issue. If the home was built on soil that was improperly prepared or during a drought, the house can continue to settle for a long time after completion. Also, if it was dry during the time the foundation was laid and then it was rainy season shortly after, this can also cause the foundation to move as the clay soil expands. Homes in the colder climates may see the cinder blocks in the basements or crawl spaces expand and contract during the colder weather. This can lead to cracks in the foundation that will need watching.

As mentioned earlier, there are a variety of answers about how long it takes a house to settle. Some people say 3 years, some say 10 and others say it never stops settling. This is also due to thermal movement which can cause the home to move.  Hot temperatures in the summer can cause the soil to shrink and cause movement. The same thing can happen in winter except for the soil permeates and will freeze at greater depths.

Soil settlement happens when the foundation is not laid correctly. Soil needs to be able to hold a heavy structure, like a home, and remain stable. This requires the soil to be compacted and consolidated before the home is put on top of it. Differential settlement happens when there is undisturbed soil and compacted fill. They will consolidate at different rates, thus causing cracks to appear in the foundation and the home. If the soil consolidated the correct way, cracks would not even appear.

Installing gutters and diverters will help keep water away from the house. They will allow the water to flow off the house into an area that won’t damage the foundation. Without them, water can leak in to the home but also cause issues with the foundation.

Signs the Home is Settling

All houses settle and many will show minor flaws like cosmetic issues. These are things such as thin cracks in the walls and foundations as long as they don’t grow, they should be okay. A crack that is 1/8in or smaller is fixable by the homeowner. How do you know if it is 1/8 or smaller? If a credit card can fit in the crack than it is larger than 1/8 inch and you will want to call a professional.

Signs that it may not be foundation settling but a bigger issue:

2. Wall cracks that continue to grow or are wide are worth watching . These cracks can allow pests and termites in.

3. Doors that stick when opening and closing may be a sign that settling has taken place but may be more of an issue with the structure of the home instead of normal settling and something to keep an eye on.

4. Roof issues such as gaps and cracks may be present and these may be a sign for issues of settling beyond the norm.

5. Floors that are slightly slanted may indicate settling in the home. However, when they slant at even more of an angle, this could be a structural issue and there is rotting of supports and joists.

6. Walls and windows have gaps. The walls pull away from the window frames when settling is occurring and can cause gaps in the walls.

7. Water pipes burst because the house is settling down into the soil and foundation. The pipes become twisted and can burst.

Settling of a home can happen in many different ways. Unfortunately, not every home settles the same so it is a good idea to keep an eye out for cracks and other signs listed above.  If you have questions about your home settling or want to tell us at Inside and Out Properties about areas you notice have settled or moved, drop us a line below! 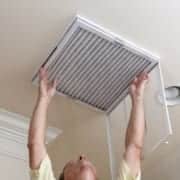 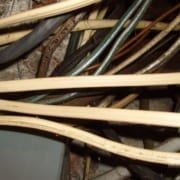 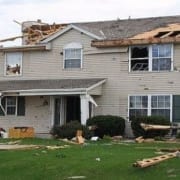 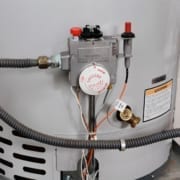 Age of a Bradford White Water Heater: How to Find It 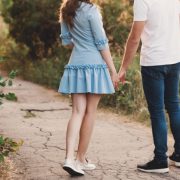 When to Walk Away After Home Inspection 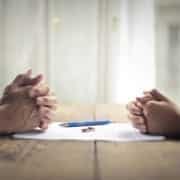 How to Counter Offer After a Home Inspection 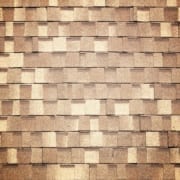 How Long Do Architectural Shingles Last? 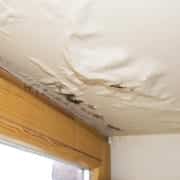 Why Do The Windows Leak When it Rains?
0 replies

Want to join the discussion?
Feel free to contribute!

Why Do The Windows Leak When it Rains? Scroll to top